The Last Bookstore is an awesome New & Used bookstore in Downtown Los Angeles. I find tons of Appendix N books there for $1 and I can’t help but come out of that store buying something. They have access to the 2nd floor of this ancient building in the old bank district, and they want to expand and create more shelves so they can show and sell even more used books. Over 100,000 of them, and they’re calling it the Labyrinth above the Last Bookstore!

http://www.kickstarter.com/projects/cicLAvia/ciclavia-2012Â
They're $500 dollars shy to meet their goal and they gots less than 2 hours to meet it.

Note: Dwolla users, make sure you do the following:

Straycouches Press’s first zine is now available for pre-order. This is a zine dedicated to the DCC RPG, and it’s what I’ll refer to as a “D&D” zine.

The next zine, which isn’t a D&D zine, will be announced today or tomorrow. It’s a top secret production, totally un-authorized, and you’ll love it. Well, someone might not… hehe. It’ll be ready to ship ASAP. 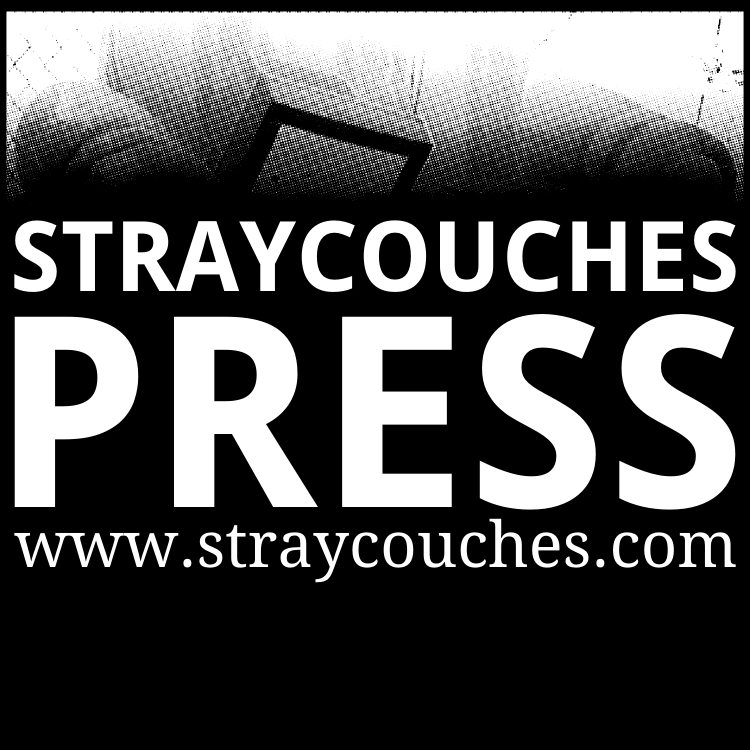 The Hunger Games by Suzanne Collins
My rating: 5 of 5 stars

I’m impressed. This was my first young adult fiction title. Decent writing style, excellent action scenes and a well paced plot. I really enjoyed this book and poured through it in 2 days. Ive never seen so many people reading the same book at one time, but I was probably one of many impressed by the movie trailers. I know I’m not the only one who wants to read the book before seeing the film. Now I’m really anxious about the film and really nervous about some of the casting choices. Like Lenny Kravitz as Cinna? Ugh, not sure about that one. His pep speech during the teaser trailer made me cringe. But this should be about the book, which is excellent, and not the trailers for the films, which are definitely intriguing. UPDATE1: There were some really intense moments for what is supposedly a YA novel. The violence will stun you and the depressing moments will make your heart ache. The book is told through the eyes of the main character, Katniss Everdeen, and it does a pretty good job making you feel her pain, sadness and anxieties. While driving you through a whole range of emotions, the book also makes you think. The only telling feature, that reminds you that you’re reading a YA book, is the 6th grade vocabulary and the lack of ‘dirty words’ or sex. The violence is there in force as it must also be in the film, definitely rated PG-13. “Watching” children kill each other for fun is sick, but not what the book is about. The book is really a commentary on how disgusting the world is getting, or can get when powers that be go unchecked. There are subversive undertones in the book that the shallow may miss if they fixate on the killing. This book focuses on this sickness, children killing children for sport, while touching on the problems of the world such as world hunger and general cruelty, like the death sentence for stealing in a world where the few have abundance and the rest have little, sound familiar? It’s a good book that makes you think. The fact that this is marketed to kids is impressive, and if these kids get the overall message, it gives me hope. If it inspires more kids to read, awesome. But if it manages to get some of these kids to question “The Capitol”, even better. The mocking-jay has potential to be the next generation’s Guy Fawkes mask. UPDATE2: This book is also about food. It’s aptly titled, because it goes through the effects of hunger and touches upon the dangers of eating too much when you haven’t had much to eat for a long period of time. The way Katniss engorges herself before the games, her almost silly-but cute-focus on Lamb stew and the struggles that the poor have just to eat, while those in the Capitol can press a button and have anything they desire within seconds. Reading this book makes you hungry. It’s probably intentional, and almost cheesy. But it works. I’m getting hungry now. View all my reviews

My sites will be BLACKED OUT tomorrow in solidarity with the ANTI-SOPA & ANTI-PIPA actions that will be happening all over the Internet tomorrow.

I hear Google (and Youtube) will be doing something in solidarity. I doubt they'll black-out their site, but whatever they do will probably reach more people than before. So there is hope. I don't have much hope for Twitter though, they're notorious for ignoring hash-tags that don't deal with some pop celebrity or some stupid commercial venture. Burger King is in the TOP TEN?
I'm curious about how many people in the US don't know what this SOPA/PIPA business is all about. Well if this campaign does what it plans to do, congress will be getting a lot of calls from angry consumers.Â
Is this the first real internet strike? This should be interesting.
Join in the fun! Here's some links to get you started:
http://sopastrike.com/
http://protestsopa.org/
https://blacklist.eff.orgÂ
Information and detailed analysis on SOPA & PIPA, a must read to understand the bills and know why they're BAD:
http://blog.reddit.com/2012/01/technical-examination-of-sopa-and.html
https://www.eff.org/deeplinks/2012/01/how-pipa-and-sopa-violate-white-house-principles-supporting-free-speech